Why I Believed: Reflections of a Former Missionary 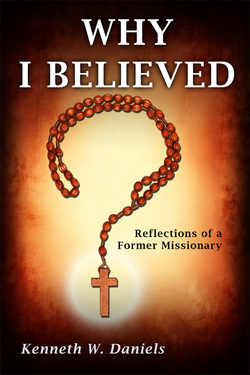 You've embraced Jesus for years, but now the pieces of your faith no longer add up and you don't know what to make of your doubts. Or you're struggling to relate to your believing spouse who can't understand why you've taken this turn in your life. Or you're looking for a gentle but firm response to Christians who are pressuring you to return to the fold. If this describes you, then Why I Believed: Reflections of a Former Missionary is for you!

Why I Believed (rated 4.4 stars at Amazon) tells the story of a Christian who believed for nearly three decades, having grown up the son of evangelical missionary parents, later becoming a missionary himself. Yet he slowly lost his faith and now no longer holds it. In this part-autobiography, part-exposé, Ken traces his journey from evangelical missionary to secular humanist while remaining part of a committed Christian family. He looks back at a number of reasons he remained a believer for over a decade after his initial doubts began at university, critically evaluating each one in a separate chapter.

Whether or not you agree with Ken's conclusions, you will find his journey and his reasons for taking it fascinating and informative. You will end up better understanding, if not appreciating, the mind of apostates whose desire is to follow the evidence wherever it leads.

Supportive feedback and respectful criticism are welcome using the "Contact Ken" section below or through the book's Facebook page, but critics are requested to read the entire book before responding in case the issues you wish to raise have already been addressed. Thank you! Also be sure to visit Ken's blog, The Deconversion Oasis, today!

Get Your Copy Today!

eBook: Kindle, NOOK, iBook (iPad/iPhone), Kobo, Sony, Diesel, and others on Smashwords for only $0.99!
Buy the paperback book on Amazon for $8.65.
Free! Read the full book online here or here!
(If you enjoy the free book, consider purchasing an eBook or paperback book.
Proceeds go to Doctors Without Borders, PATH, and UNICEF.)

Praise for Why I Believed 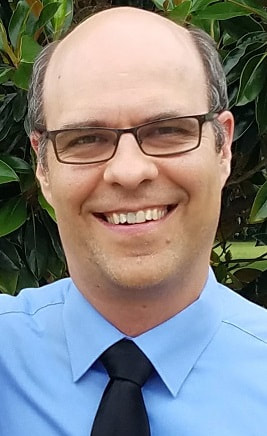 Ken Daniels has produced a powerful work that will give Christian readers much to think about. He has retained a sense of respect and compassion for believers.It is likely that many Christians will struggle to reconcile the wisdom and challenges found in this book with their own beliefs.The author's impressive logic and intelligence, combined with a sensitive approach and his top-notch credentials as a Christian missionary, make it impossible for anyone to dismiss him as an angry crank or an irrelevant outsider. This book packs a mighty combination punch of honesty, reason, and kindness.
--Guy P. Harrison, author of Race and Reality: What Everyone Should Know About Our Biological Diversity and 50 Reasons People Give for Believing in a God.

I have never highlighted so many passages in my life. Many of the other skeptical authors (Dawkins, Harris, etc), while powerful and helpful in their own ways, don't quite speak the language of the "once convicted." They understandably have a hard time putting themselves in our shoes and speaking to us where we are or were. Ken gets it. There were so many passages that made me laugh out loud in the sheer joy of shared experience. When you are leaving your faith--especially one that almost all your friends and family belong to--it can be a lonely time. This book is deeply researched and clearly presented. I'm going to be giving this book to people who have questions about where I am now, because it so perfectly captures my own point of view. Thank you, Ken, for having the courage and for putting the time and effort into writing this book. Best $0.99 I ever spent.  --Joshua Barratt, Amazon reviewer

Thank you, Mr. Daniels, for bringing peace to my heart in my resolve to reject my religious roots. I read many of your chapters to my Christian husband and it helped him to understand me better. --D. Visco, Amazon reviewer

This book was what opened my mind. I searched very hard for a book that was not filled with outright contempt for religion. I wanted well reasoned arguments without the rancor so common to anti-religious texts. That is exactly what this book provided. For someone just beginning to question their faith, I cannot recommend this book highly enough. For those of us raised to never question what we believe, a book such as Why I Believed can be life changing. It certainly was for me. --ademm, Amazon reviewer

Kenneth W. Daniels (1968-), former evangelical missionary with Wycliffe Bible Translators in the African country of Niger on the edge of the Sahara Desert, received his BS in computer science and engineering from LeTourneau University, Longview, Texas, and a one-year certificate in biblical studies from Columbia Biblical Seminary (now Columbia International University), Columbia, SC. He currently resides with his wife and three children in suburban Dallas, TX, where he works as a software developer.

﻿﻿Contact Ken﻿﻿
Write to:
believed AT kwdaniels DOT com
(replace AT with @ and DOT with . and remove the spaces)